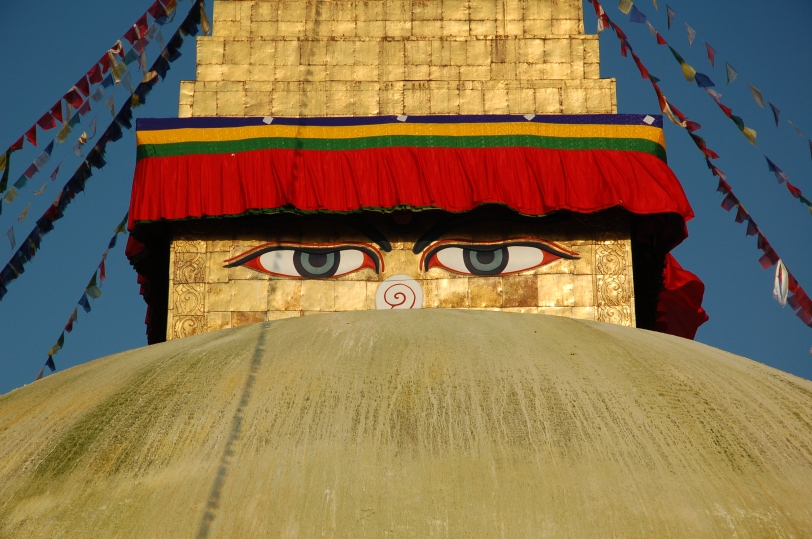 Nepal is one of the richest countries in the world in terms of bio-diversity due to its unique geographical and altitudinal variation. The elevation of the country ranges from 60m above sea level to the highest point on earth, Mt. Everest at 8,848 m, all within a distance of 150 km resulting into climatic conditions from sub-tropical to Arctic.

Nepal–occupying only 0.03% of the earth is home to:

What to Wear: Light weight clothing is recommended from May through October. Warm garments are required in October- March. An umbrella or a raincoat is a must for the rainy season.

Nepal is five hours 45 minutes ahead of GMT.

Business hours within the Valley:

Business hours outside the Valley:

Nepal observes numerous holidays, at the least a couple in a month. So please check the holiday calendar. The longest holiday in Nepal is during the Dashain festival in late September or October. Government offices observe all the national holidays and banks observe most of them. Businesses observe major holidays only.

Telephone and fax services are available at the Nepal Telecommunications Corporation at Tripureshwor. Hotels and private communication centers provide long distance telephone and fax facilities. For calling from outside, country code for Nepal is 977 and the area code for Kathmandu is 1.

There are countless Internet cafes and communication centers have opened up in the Valley and around the country. Visitors only have to find a place they are most comfortable in to use the facilities to keep in touch with home. Internet services are also offered by hotels.

Nepali media has made a gigantic leap ahead in just a few years’ time and what used to be a controlled and tight knit community, is no more. The government audio and television news networks are Radio Nepal and Nepal Television respectively. However, numerous FM radio stations and regional television stations are dominating the market. Major Nepali daily newspapers are Gorkhapatra, Kantipur, Rajdhani, Samarcharpatra and Annapurna Post while the English dailies are The Rising Nepal, The Kathmandu Post and The Himalayan Times. A number of other newspapers and magazines are also available.

Major towns have electricity and the voltage available is 220-volts and 50 cycles. Load shedding is a seasonal phenomenon during the dry season and eases off once it begins to rain. However, most major hotels have uninterrupted power supply through their own generators.

Payment in hotels, travel agencies, and airlines are made in foreign exchange. Credit cards like American Express, Master and Visa are widely accepted at major hotels, shops, and restaurants. Remember to keep your Foreign Exchange Encashment Receipt while making foreign exchange payments or transferring foreign currency into Nepalese rupees. The receipts may be needed to change left-over Nepalese Rupees into hard currency before leaving the country. However, only 10 percent of the total amount may be converted by the bank. ATM is widely in use in Kathmandu.

What are needed to get a visa?

A valid passport and one passport size photo with a light background. Immigration Department has not specified the size of the passport-size photo. Visa can be obtained only through payment of cash in the following currency: Euro, Swiss Franc, Pound Sterling, US dollar, Australian dollar, Canadian dollar, Hong-kong dollar, Singapore dollar and Japanese Yen.

Credit Card, Indian currency or Nepalese currency are not accepted for payment of Visa fee.

However, nationals of the following countries will not get visa on arrival at the immigration entry points of Nepal:- Nigeria, Ghana, Zimbabwe, Swaziland, Cameroon, Somalia, Liberia, Ethiopia, Iraq, Palestine, Afghanistan. They need to obtain visa from Nepalese Embassies or Diplomatic Missions in their respective countries prior to their visit to Nepal.

As per the Nepalese Immigration, Indian Nationals Traveling to Nepal must possess any One of the following documents-

However, please check with your nearest travel agents for documents required by the Indian Immigration for Indians traveling to Nepal.

All visitors entering Nepal by land must use these designated entry points and may not enter from any other point:

Overland tourists entering Nepal with their vehicles must possess an international carnet.